How to Name Your Startup 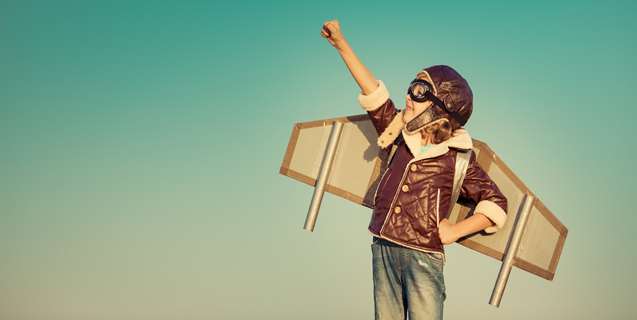 Okay, you’re starting a new business. You’re enthusiastic about it. Your business plan makes sense, the profit and loss projections look good, you’re eager to get going. Then you run up against the big question – what do you name your company?

It’s not a decision to be taken lightly. The wrong name can work against you. The right name can help you generate word of mouth and interest.

So what do you do? Do you use your own name – Nina’s Hair Salon, Bob’s Auto Body, Don’s Pizza? Well, that worked for Henry Ford, William Boeing, and the McDonald brothers. But would that work for you?

Or you could just use a word that has special meaning to you. Adobe was named after a creek that ran in back of both founders’ houses in Palo Alto. Wendy’s founder named the company after his daughter’s nickname. Kinkos was based on the college nickname of its founder, because of his wiry red hair.

Or you could get creative, and use the name of a mythological character, like Nike, Pandora, and Saturn did. Or an animal, like Jaguar, Greyhound and Dove did.  Or an insect – Weta, Caterpillar.

Or you could just invent your own word, like Yahoo, Google, Mozilla, or Lego.

Let’s have a look at some of the things to keep in mind when working out a company name:

Does it forward the company personality you are trying to project?

The name should embody the personality of your company. Is it fun and irreverant? Serious and technical? Soft and nurturing? Cool and funky? To work that out, you need to have your company branding in place – see my article, “What is Branding, and Should I Worry About It?”   You have to have a firm idea of your position in the market, your customers, and what impression, feeling or emotion you want your name to create. These things will drive your choice of name.  Even a made-up word  like Meebo, Plaxo or Qumana will convey a certain emotion, feeling, or personality.

Does it help describe what you do?

Not all names describe the company or what it does, but it can sometimes help if it does – think PayPal, Jiffy Lube, Holiday Inn, or Toys R Us.  There is no question what those companies are, and it helps their visibility and word of mouth.  A name doesn’t have to describe what the company does of course, but you don’t want a name that confuses things – Butterfly for a construction company, for instance, or Incubus for a women’s sports shoe (that actually happened!).

On the other hand, you can get so descriptive that it limits your expansion. A good name is extendable, it allows for expansion of products and services.  Spokane Plumbing Company might not work if you open service centers in other cities. Nina’s Hair Salon might not work if you also get into nails. Kentucky Fried Chicken had to change to KFC to get rid of their regional image. Same with Western Airlines – the name became a liability when they added East Coast and even international flights.

The problem with very descriptive or functional names is that they are often boring. National Mining Equipment Manufacturing Company is not going to get anyone excited.  Names like Smith Window Blinds, or Klamath Falls  Barber Shop are easy to think up, and they tell the consumer exactly what the company does, but they are not unique or memorable.  They tend to disappear in memory as they are too generic.

And while you might think that a very specific descriptive name might rank high in internet searches, the opposite is true. Generic names tend to disappear. “Spokane Plumbing Company” could be the name of a company or a general search category.

And don’t get me started on the seemingly endless parade of company names based on initials or acronyms. No one knows or remembers what those initials stand for, and it just gets lost in the alphabet soup of company names. Alphabet names say nothing about your company. They do not establish brand. They mean nothing and no one will remember them.

You want a name that’s “sticky” – one that people will recognize and remember. There’s a sandwich shop in my neighborhood called Shut Up and Eat. Not likely to forget that!

This is a key point. Not only do you not want to get confused with another company, you want to be able to trademark your name, and you want to be able to capture the domain that belongs to your company name. If your business name is Sweetheart Fashions, your website address should be sweetheartfashions.com. If some other company owns that domain, you need to think of a different name.

The modern trend in naming is to just invent a word, for the simple reason that they are easy to trademark and secure the domain. And it gives you a blank slate on which to create a company image.

Companies spend thousands or tens of thousands to have a naming company come up with just the right coined word. They often do this by combining two word parts, or morphemes, to create a new word, such as Acura, Pinterest, or Microsoft,   Or by taking an English word and changing a letter or two, like Compaq, Lyft, or Flickr.

The downside is that, like initials, the name can get lost in a meaningless morass of similar-sounding invented names: Acquient, Agilent, Alliant, Aquent, Aspirient, Aviant, Axent, Axient and so on, ad infinitum. And please, don’t use Ameri-, -tech, or -corp!

Can you pronounce it?

Say it out loud. Have other people read it. Does it roll off the tongue easily? Is there any confusion as to how it is pronounced?  Names like Kinerase, Saucony, Miele and Vocici may be perfectly good names, but if no one knows how to pronounce them, you’ll get no word-of-mouth. And if you have to spell out the pronunciation of your name in parentheses after your name, maybe that’s not the best name to choose.

Don’t rush into naming. Take your time, and consider all of these factors. Come up with dozens, or even hundreds, of possible names. Narrow down the list. Run the best ones past some of your customers. And you’ll end up with a name you’re happy with – and one that will work.

What has your experience been with naming?