Should You Treat Your Graphic Designer Like an Artist? Maybe not… 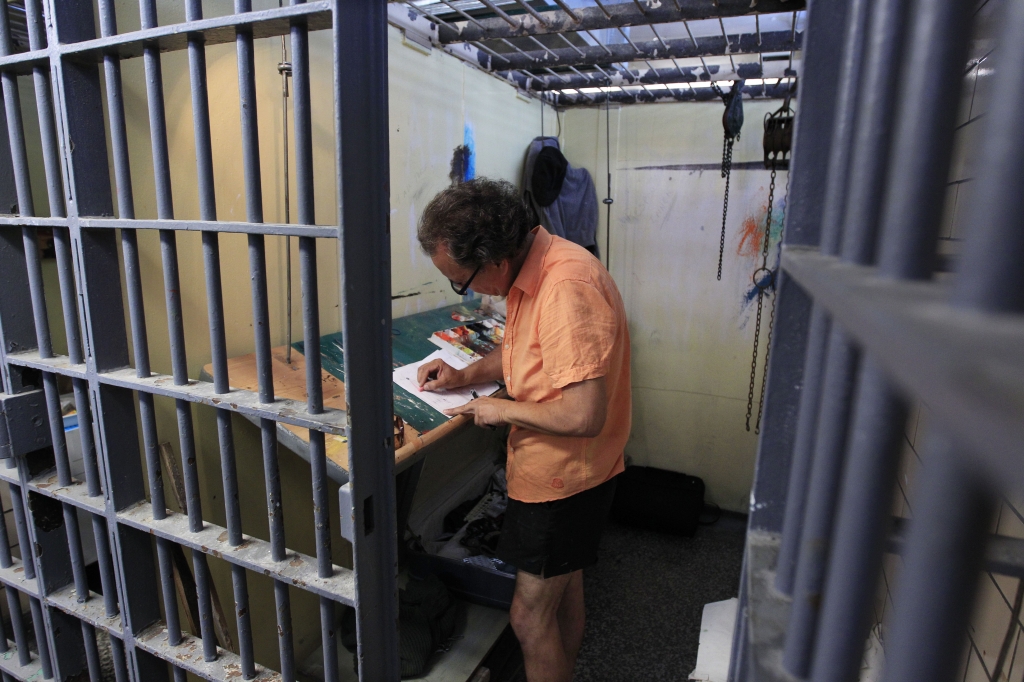 Clear, concise communication between a client and their graphic designer is the most essential ingredient to that client getting what they need and want and to the designer’s understanding of what the client’s vision is. But a client’s understanding of what his designer actually does and what his function actual is, seems to be where that communication breaks down, as we’ve found out in the many years we’ve been in the graphic design biz. So what’s the deal? Well…

Designers always have to deal with practicality and functionality, where an artist does not. It’s like the difference between a sculptor and an architect. A building may look beautiful, but if it does not fulfill its function, it’s a failure. Same with a website or a brochure.

We came across this fabulous article by HubSpot writer Keith Frankel that just about sums it up. We’ve quoted it here in full. We think it’s that important!

Your Designers Are Not Artists, and You Need to Stop Thinking That Way

As head of HubSpot’s creative and design team, I spend nearly every day acting as the translator between my designers and the rest of the company, particularly executives, marketers, and salespeople, (i.e. those folks whose jobs are often held to more formal or quantitative metrics). Obviously, it should come as no surprise that there is always at least some disconnect between designers and non-designers, especially considering the vast differences in both the day-to-day work and the success metrics of each group.

However, having spent the last several years basically being the translator between the two, one thing has really surprised me: the vast majority of non-designers don’t actually understand what a designer’s real role is.

Fortunately, this divide usually has nothing at all to do with a lack of appreciation for the work designers do. In fact, non-designers are often very complimentary in describing how “pretty” or “sexy” a designer’s work is (These descriptions alone highlight the problem, but that’s a story for another day). Instead, the disconnect revolves around a simple misunderstanding of exactly what role designers play in an organization. If there was one thing I could convey to non-designers, it is this: designers are not artists, and the fact that you view them as such is hurting not only your working relationship, but the quality of the work you receive from them, as well.

Artist vs. Designer — What’s the Difference?

Before you grimace at that statement, just take a moment to hear me out. I promise, I’m not insulting designers by denying their status as artists; in fact, this couldn’t be further from the truth. Sure, you can appreciate and respect design in the same way you do works of art. And yes, many designers are artists in their spare time. In the end though, design serves a very distinct and altogether different role. Rather than focusing primarily on form or expression (as is often the case with art), the primary purpose of design is the exact opposite — to support function.

Design is first and foremost a job of solving problems. Designers see (or are tasked with responding to) a need. They must brainstorm how to best satisfy that need, create the solution, and then send the result out into the world for others to enjoy. In such a way, design is all about making someone’s life easier. While it is absolutely true that designers are uniquely skilled at taking something from rough concept to beautiful completion, that final deliverable must — at its most fundamental level — successfully address whatever shortcomings it suffered from in the beginning. Everything on top of that is (aesthetically pleasing) icing on the cake.

The quicker non-designers can begin to understand that design is about user experience over artistic output, the more effective they will be at working with designers to achieve the most successful deliverables possible, and the happier both parties will be.

Does This Really Matter?

The distinction between designer and artist is much more than just a discussion of semantics. The fact is, the perception non-designers have of designers directly affects the way in which they communicate with them, as well as their expectations of the deliverables they will eventually receive from them. Acknowledging the distinction is vital in ensuring that you’re able to get the most out of your designers.

For the sake of including a real world example of how this misunderstanding negatively affects the relationship between non-designers and designers, consider one of the most frequent requests designers receive from non-designers: “Could you send me a few different versions?”

This is one of the most frustrating requests a designer can receive and is a clear example of when viewing designers as artists leads to erroneous expectations, and eventually tension. Yes, artists can create several different works of art, all of which are capable of expressing emotion in differing ways. But remember: a designer’s first job is to solve problems. Any designer worth his weight, when being tasked with responding to some need, will have invested his most thoughtful work into the first idea. Asking for additional versions amounts to nothing more than ideas of diminishing quality. It’s like responding to a doctor who has just recommended diet and exercise as your best chance for losing weight with: “What else ya got?”

Now, this is not to say that designers will “nail it” the first time every time, or that a designer’s work can’t be improved with thoughtful review and feedback. Feedback is absolutely necessary, and no good designer thinks s/he is above it. However, in order to ensure that you get the most successful design out of your designers, don’t start by asking them to create multiple versions of the same deliverable. Instead, work better with them up front by providing them with all of the necessary information they will need to knock the first version out of the park. When it comes time to review later, you will thank yourself.

There’s another positive to this more-up-front approach: the formality of it allows for clearer assessment of fault later in the process. If a proper exploratory is conducted up front, but the project misses the mark or falls short, it is normally the result of one of two things: 1) You did not give the designer all of the necessary information, or 2) The designer failed to either respond to all of your needs, or successfully answer all of the problems you discussed at the beginning of the project.

Either way, if the solution fails, you will at least have a clear understanding of the root of the shortcomings.

So What Should I Take From This?

Unfortunately, there is a terrible misconception that good design is flashy or ornate. Even worse, that it should be loud or “eye-catching.” This misunderstanding has directly contributed to the designer vs. artist dilemma, and couldn’t be further from the truth. The most successful designs satisfy presenting and highlighting your content without calling attention to the highlight itself. Good design isn’t necessarily loud or ornate. In fact, it is often completely invisible.

Having said that, always keep in mind that the goal of design is, first and foremost, to support the function of your content by providing thoughtful solutions to your problems. In such a way, designers are ultimately responsible for improving the overall quality of a consumer’s experience with your content. To that end, trust your designers not as artists, but as problem solvers. They are here to help you create the most successful – not necessarily the prettiest — solutions to your needs. Additionally, any straggling designers out there that view themselves as artists need to embrace this shift in mentality; you may be an artist in your free time, but when working in a business capacity, you’re a problem solver. The quicker we all understand the difference, the happier we’ll all be.

P.S. If you’re a designer reading this, you may be interested in designing templates for the HubSpot Template Marketplace. If that sounds up your alley, you can learn how to sign up here.

General Manager at SkyHawk Studios, Sherry has over 25 years experience in and around the sales, music, performance and fine art fields.