Is Your “Logo” Really a Logo?

I once had a client, let’s call him George Smith, President of Smith Tool & Die. He didn’t have a logo. But he thought he did.

On his letterhead, business cards, signage, and even on his trucks, there was the name of his company, “Smith Tool & Die,” set in Times New Roman, all caps. Nothing else, just his company name, black lettering on white, set in a ubiquitous type style. When we approached him about designing a logo for his company, he said that he “didn’t want to change the logo he had been using for years.”

But did he actually have a logo?

Some might say he did, using the simplest definition of a logo – “a symbol or other design adopted by an organization to identify its products.” His plain lettering identified his business, but it did little more than that. And a real logo should do much, much more.

What a  good logo should do:

2.  It should stand out from the competition.

3.  It should be simple and memorable.

4.  It should communicate something positive about your company.

If we look at Smith’s “logo,” we see that it really does none of those things.

Can you use your company’s name or initials as a logo?

Sure, just look at Coca Cola, Google, IBM, J. C. Penney and hundreds more. But the successful ones do something special, something distinctive with their lettering – it’s not just a standard, “out of the box” typeface.  They’ve done something with the type to give it a unique look and feel and to make a statement about the company.

If you want to use your company’s name or initials as your logo, go for it. But have it done by a good designer who knows the basics of design and typography. And make sure the final logo does all of the things listed above.  Remember, different type faces communicate different things – elegance, strength, fashion, nostalgia, stability. And a good designer can create a type treatment that is unique to your company.

How about using a picture of your dog?

Clients sometimes have a favorite photograph they would like to “use as their logo” – a pet, a tool or object related to their business, a shot of their premises, or just an image they found on the internet.  Well, a photograph could be used as a starting point in working out a logo, but a photograph is not a logo. Why? Look at the photograph under magnification. See those little dots of color that make up the image? When you make the image large (like on the side of a truck or a building sign) it will look blurry.  When you make the image very small, as on a business card, it can look muddy and unclear.  A good logo designer knows how important it is to make a logo simple and easily readable at any size, from very tiny to very large. That’s why the final art for a logo is always done in a vector program, such as Adobe Illustrator, which retains its sharp quality no matter how big or small it is.

Let’s say our Mr. Smith has a pet bulldog, and he thinks that would be a perfect image for his “tough” tools. Well, OK. But he’d better have a designer work it into a logo that is simple, distinct and unique − and does not look like the hundreds of other bulldog logos that are out there.

About logo mills and clip art 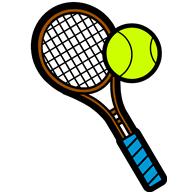 These logo mills can be counted on to do one of two things:

1. They will generate a bunch of meaningless shapes that may be “pretty” but are never unique or distinctive, and say nothing significant about your company.  Or

2. They will fall back on the most over-used and clichéd images for your type of business.

Neither one of these approaches will accomplish the purpose of a logo. If you use an abstract shape, make it mean something. Nike’s famous “swoosh,” for instance, is about speed and agility. Target’s “target” is about meeting customer expectations.  Shapes have meanings and communicate certain things – a circle can communicate wholeness, unity, infinity. A square can communicate stability or honesty. A triangle can suggest action, movement or growth. There are an infinite number of abstract shapes, each of which can be used to communicate something significant about your company.

As for imagery or symbols, choose something that makes a unique statement about your company. If you research what other companies in your field are using for their logos, you’ll soon see which images are over-used and clichéd. You would be surprised, for instance, to see how many home inspection businesses have, as their logo, a picture of a house inside a magnifying glass. Avoid these easy but over-used solutions in your logo.

Try not to use the images and symbols that everyone else is using. How many logos have you seen, for instance, that use an abstract jumping human figure? A silhouette of a tree? A stylized sun?

The work you put into creating a good logo is well worth it. A good logo designer will find out all about your company, your products, your goals, your competition. And he or she will design something that is uniquely yours, and that makes a positive and strong impression.

So the question is, do you have a logo?

P.S. (for a good laugh, check out this article which gives some made-up examples of bad font choices in logo design)